Alas, the Worcester-born pianist Barbara Carroll has died at age 92. My Worcester-born mother told me about her the first time I mentioned jazz, for she knew Barbara as the real deal in swing even before they’d graduated from Worcester high schools in 1942, Mom from North, Barbara from Commerce. Five years later, a period that included a year at New England Conservatory, Barbara was playing opposite Dizzy Gillespie on 52nd Street. She paid bonafide, trailblazing dues as a woman in jazz and got her first gigs by passing a sort of blind audition: her agent used the name Bobby Carroll, and by the time she showed up for the gig, it was too late for the venue to get someone else. From there, her playing and charm paved the way for a career spent mostly in New York, including 25 years at Bemelmens Bar at the Carlyle.

(Here’s Barbara in 1979 with Bill Boggs previewing her recital at that summer’s Newport Jazz Festival in New York. Jazz film archivist David Chertok also appears with the famous clip of Billie Holiday singing “Fine and Mellow” on the CBS special, The Sound of Jazz. Barbara spelled Billie’s accompanist Mal Waldron on The Today Show, and here emerges seamlessly out of the clip playing the blues.” )

Barbara was the last of a triumvirate of wiz-kid pianists born in Worcester in the twenties: Jaki Byard in ’22; Barbara Carole Coppersmith in ’25; Don Asher in ’26. Barbara and Don both made the huge cultural leap from Worcester’s sprawling, residential west side– and Mrs. Cantor’s piano studio– “down sordid, enchanting alleys” to a “mecca” called Dominic’s Cafe, the dive where Jaki held forth, “like Horowitz on a drink-stained spinet.”

That’s how Asher recalled it in his splendid memoir, Notes From a Battered Grand, which was published by Harcourt, Brace in 1992. He added, “I would see Barbara at the head of the line on Sunday afternoons at the Plymouth Theatre [a Swing Era venue that presented all the touring bands], and in the tiny cubicles at Carl Sedar’s Music Mart listening to King Cole and Teddy Wilson records, head bent, eyes closed. Then suddenly, she had deserted Martha Cantor and was playing three and four nights a week in the east-side Worcester dives and turnpike roadhouses strung halfway to Boston like dingy box-cars on a coal-littered siding.” 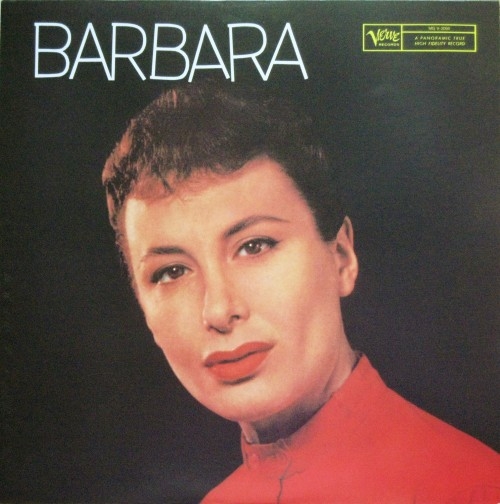 In 1978, for this episode of Piano Jazz, Carroll told Marian McPartland that the prospect of playing jazz, “wasn’t anything that I sat down and formulated and analyzed. It was something that I innately knew I wanted to do. There was never any question in my mind. Because I was young and innocent, I suppose, and very naive, it never occurred to me that it might be difficult for me to do these things…because it was difficult to play jazz anyway, it wasn’t a stable kind of living…and because I was a female. That was relatively unheard of in those days.”

In her 2003 Fresh Air interview with Terry Gross, Carroll recalled her early days in New York. “I played opposite Dizzy Gillespie’s big band. I had a marvelous trio, Chuck Wayne playing the guitar and Clyde Lombardi on bass. At that time, Dizzy had John Lewis playing piano, Ray Brown playing bass and James Moody on saxophone. There were two acts, Dizzy and then my trio. We were there for four weeks and it was heaven.”

For the Jazz History Database at WPI, Chet Williamson wrote a profile of Carroll that quotes her recollection of the New York scene from Nick Catalano’s book, New York Nights: Performing, Producing and Writing in Gotham. “During this exact time period, the glory days of Fifty Second Street were in full swing with bebop sweeping the street like a tornado. At The Onyx, The Three Deuces, Jimmy Ryan’s, and other clubs, the bandstands were alive with the black beboppers who had invented the music up in Harlem and were now performing it for packed houses of whites who could not get enough of it. Charlie Parker, Dizzy Gillespie, Miles Davis, Bud Powell, Oscar Pettiford, Max Roach and other black musicians ruled supreme on Swing Street, and white players of repute were fighting to access the new music and jam along.”

Carroll was McPartland’s second guest in her inaugural season, and by then they were close friends. But a few decades earlier, the English-born pianist felt “particularly intimidated by Carroll,” writes McPartland’s biographer, Paul de Barros. “Carroll was the only other woman, besides Mary Lou Williams, who had wide respect as a solid modern jazz pianist. The jazz press even nicknamed her Barbara “Bebop” Carroll, and in 1951, Atlantic Records put her on a par with Williams by releasing an album, Ladies of Jazz, shared equally by the two.” In the McPartland biography, Shall We Play That One Together? Peter O’Brien, the Catholic priest who counseled Williams and later served as her manager, said, “Mary Lou liked Barbara Carroll,” but was unimpressed by McPartland. “But see, Barbara is a true bop pianist who [was] working on 52nd Street at the same time Mary Lou was.” Billy Taylor had a similar high regard for Carroll. “Barbara could swing you right out of the room,” he told de Barros. “She was the kind of player that, male or female, you admired.”

(Here’s Barbara at Birdland in 2010, at 85, playing “You and the Night and the Music.” Jay Leonhart is the bassist, Joe Cocuzzo’s on drums.)

I saw her last in 2011 at a Dick Hyman-Ken Peplowski gig at the Kitano in New York where Peps gave her a hero’s welcome and she offered me a seat at her table when I used the Worcester password. To mark her passing, Fresh Air rebroadcast the interview with Carroll from 2003. Click here for the show, which includes a transcript of her conversation with Terry Gross.