First off, a little context: My radio career began at WCUW in Worcester in 1977.  A special feature for Paul Butterfield’s 35th birthday occasioned my guest appearance on a Sunday evening show at the community-licensed station near the Clark University campus.  Shortly thereafter, I was asked to host a weekday jazz format, and in due course I discovered my calling.

I worked full-time at ‘CUW over the next three years, then transitioned to hosting weekend R&B shows after I returned to UMass in 1981 to complete my bachelor’s degree.  During this period, I began listening to a couple of weekly jazz programs on WFCR, a Thursday evening series called “Milestones,” and a Saturday night show called “Our Delights.”  The names of the shows, and their theme songs, the former by Miles Davis, the latter by Tadd Dameron, bespoke a familiarity with modern jazz that promised quality radio.

Marion Brown, the late saxophonist and artist who made his home in the area for many years, turned me on to “Milestones,” which for him was required listening. WFCR gave the show good promotion, so Marion would often excitedly call to tell me what was coming up that Thursday. Thanks to him, I too made a weekly appointment with the radio, often the table-top in Marion’s kitchen, to hear features on a wide range of jazz players, all smartly programmed and presented.  There were also special features on songs and standards, the most memorable of which was, “They All Played Stardust.”  Sometime during this period, ‘FCR also produced a year-long series devoted to Duke Ellington which was syndicated nationwide.  Ellington had been my musical passion for over a decade at that point, and “Ellingtonia” enhanced it considerably.

The host of these shows was John Montanari, whom I’d also come to appreciate as one of the voices of WFCR’s classical music programming.  John’s knowledge of both jazz and classical music was readily apparent in the ease with which he provided historical context and commentary on composers, conductors, and players.  As it turned out, he also wore the hat of music director (and would for three decades), and in that capacity he was the man I addressed when I wrote to the station in 1983 about a job.  John’s reply, which began with a memorable apology for being “amazingly belated,” led promptly to my succeeding him as host of “Our Delights.” 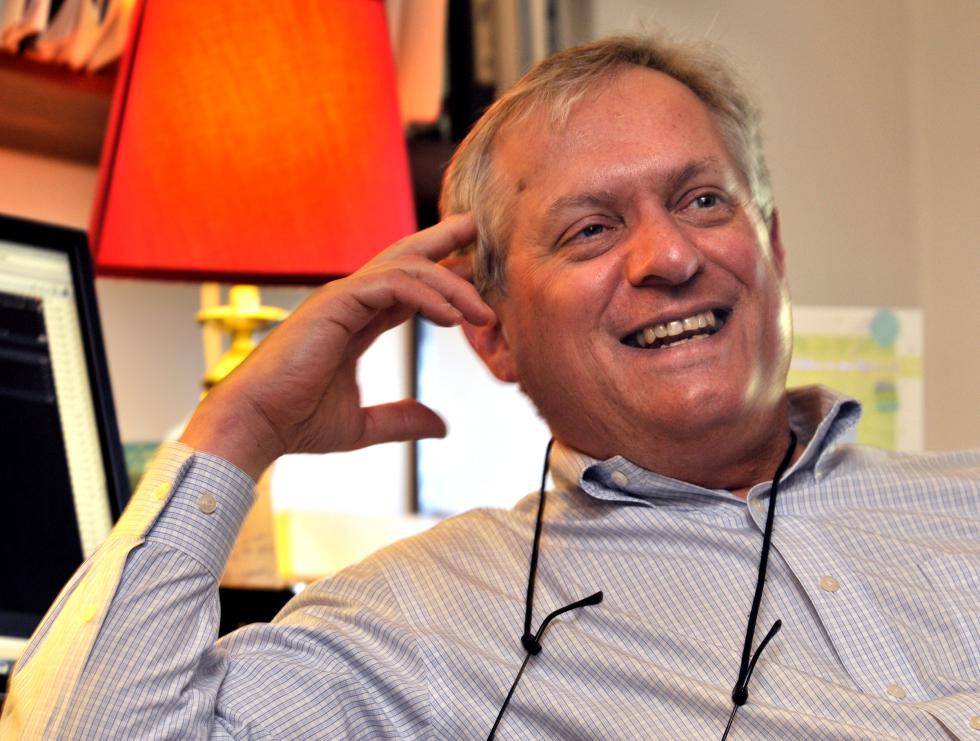 That was in January 1984, and since then I’ve come to share with John a mutually rewarding history that we’ve made the most of for 30 years.  I’ll remain grateful to John for working to keep this arrangement fresh and lively, witty and edgy, and for entrusting me with the autonomy to produce Jazz à la Mode as I’ve seen fit.  I can’t imagine doing it any other way, but I know how rare it is in radio to be able to do anything à la mode.  Thanks for having my back, John.

Like myself, John began blogging for New England Public Radio in 2011, and I like to think we’ve helped pace and inspire each other.  John is the model of a man who’s true to himself, and that’s not only informed his confident air as a radio host, but his informed, provocative, and occasionally argumentative prose as well. Write on, John.

Today is John’s last day on the job at WFCR.  We’ve known it was coming for about a year, so the station is poised to maintain its classical music programming with another veteran colleague, Walter Carroll, and some new voices as well.  But it’s for certain that we won’t hear the likes of John Montanari again.

While I look forward to hanging with John in the months and years ahead, I’ll miss his presence ‘round the office more than I can say.  Some of what I’ll miss are his chauvinistic claims for the Yankees, which always begged the question, can one be good-natured and deadly serious at the same time?  I’ll also miss his often unsolicited, yet engaging thoughts on an impressive range of weighty cultural matters like Pulitzer nominees; Sondheim productions; the aloofness of classical music critics at the major dailies; and the making of a good roux.

I’ll miss hearing him scat the melodies of any number of jazz tunes, and classic solos by Hawk, Prez, Bird, and Big T at the drop of a hat.  I’ll miss his variations on the litanies of the saints, you know, the personnel of the Elllington band in 1935, or the starting lineups of ball clubs besides the Bronx Bombers.  I’ll also miss our conversations on the thornier issues facing those of us privileged with maintaining jazz and classical music on the radio; there’s been virtually no dispute between us on that subject.  And I’ll miss making common cause with a classical music maven whose recent blog, Giving Thanks, gave singular prominence to Louis Armstrong, “for everything.”

For that, and a whole lot of wisecracking, teasing, and off-color banter, thanks for keeping it real, John M.