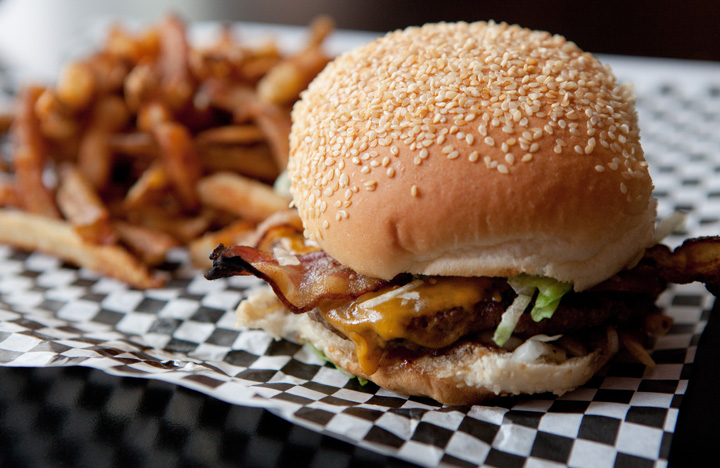 There they are, just a few mouse-clicks away on the “music” section of the ArtsJournal website, practically begging me to notice and comment:  two contrasting views of contemporary classical music, and what it needs to get its audience back.  In this one, composer and conductor Rob Deemer surveys the music his students like to perform and listen to, and notes that lack of musical comfort food — “cheeseburgers,” he calls them.  What Deemer hears as the predominate seriousness of classical music, he opines, is keeping away intelligent listeners who otherwise might be attracted to it.

In this other one, Times of London  music critic Richard Morrison and conductor Leon Botstein (also president of Bard College) discuss Morrison’s BBC Music Magazine  article (not available on-line, alas) in which the writer yearns for the days when a work like Igor Stravinsky’s ballet Le sacre du printemps (The Rite of Spring ), premiered 100 years ago this month, could provoke audiences to riot.  While they do find some common ground, Botstein doesn’t share Morrison’s nostalgia for audience outrage, which he associates with such vulgar realms as sports and politics.  And he doubts whether present-day audiences would possess the musical literacy to understand how their world had been rocked even if another Stravinsky were to come along.  Morrison takes the more populist stance, to the point of hoping for a composing superstar à la Igor to rise up and energize the art form.

Now, far be it from me to tell composers what to compose and listeners what to listen to.  But don’t mind me if I look out at the classical world as a broadcaster, presenter and life-long fan, try to figure out where things are, and prophesy where they might be heading.  And from my lofty perch, I sense that Deemer is onto something that I have noticed as well.  There’s an important element that classical music used to provide in huge helpings, but which it ceded over the past century to jazz, rock and other popular forms.  Now, it could really use it back.  The element is entertainment.  Mind you, entertainment isn’t sufficient to build a thriving classical music culture.  The music has so much more to offer.  But entertainment is, in my view, a necessary start.  Unless audiences are confident that their encounters with classical music will be enjoyable, even fun, they won’t be drawn in.  And just think of what they’ll be missing.

So go ahead, Mr. Morrison, and wait for the next classical scandal.  But don’t hold your breath.  On the contrary, you may want to avert your gaze and plug your ears the next time someone tries.  As for you, Mr. Botstein, if you’re going to count on classical audiences to become well-enough versed in its history and repertoire to understand the modern classical equivalent of Joyce or Pound, you’ll be counting a lot of empty seats.  Besides, sir, the present-day music audience is more literate than you give it credit for.  Problem is, the music it’s literate in isn’t necessary classical.  So, to wrap up, maybe we should stop looking to classical’s glorious past to find answers for how to fix it for today.  It might be better to serve present-day audiences in a way that makes sense to them, and let go of the things that don’t work anymore.  And by the way, I like my cheeseburger with locally-raised, grass-fed beef topped with artisanal cheese and served on an organically-grown, stone-ground wheat bun.  With fries, please.

(Photo:  A bacon cheeseburger of symphonic proportions, composed by the maestros of my favorite emporium, Northampton’s Local Burger.)