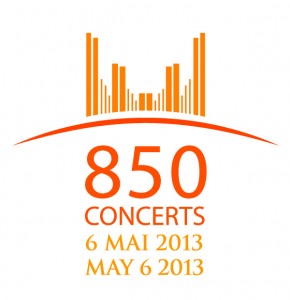 Happy World Organ Day!  In case you haven’t sent out your greeting cards or prepared your party yet, there are still a few shopping hours left to celebrate, along with the rest of the world, “the King of Instruments.”  Find out here where you can hear the real thing, live and in person, one of music’s greatest thrills.  Since the event is timed to coincide with the 850th anniversary of the Cathédrale Notre Dame de Paris, we’ll start WFCR’s classical music at 9:00 with the Notre Dame organ, played by one of its former organists, Pierre Moreau, performing a classic showpiece by another famed Notre-Dame organist, Louis Vierne’s “Carillon de Westminster.”  There’ll be more music for organs large and small on the show throughout the day.  So tune in.  And please, hug your local organist — just not when he or she is playing, lest you accidentally get one of your stops pulled. 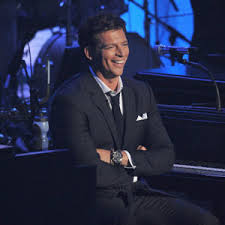 When Harry Met Idol.  I have to admit not paying any attention to “American Idol,” “The Voice” or any other such televised musical competitions, though I don’t begrudge those who do.  But I had to take notice when several Facebook friends posted this blog entry about Harry Connick Jr.’ s recent guest mentoring stint on “Idol.”  In case you missed it, here’s an excellent example of the kind of musical mentoring that takes place in studios and master classes every day, but which the general musical public hardly ever gets to see.  Even going beyond music and the arts, it’s a fabulous lesson for all of us to respect our craft, whatever it may be, and to mentor others in doing the same.

A Walking Fire.  They’ve been building a reputation as one of classical music’s coolest “insider” acts for several years now, but with “A Walking Fire,” their debut CD for the newly-revived Mercury Classics label, the string quartet Brooklyn Rider has hit the big time.  And hit it out of the park, to my ears.  With two exciting contemporary works centered around Béla Bartók’s String Quartet No. 2, the album explores the confluence of classical and Eurasian folk with infectious spirit and fiery virtuosity.  But as is not always the case with such “alt-classical” ensembles, these guys have classical chops galore — there’s not a hint of fakery or anything less that first-class musicianship.  Even their choice of somewhat lo-fi sound for the CD doesn’t bother me as much as it usually does, though I would still have preferred a pristine digital recording.  Stay tuned — it’ll be coming soon to a classical station near you!