Credit Doug Ramsey at Rifftides for a posting last week of Stan Getz playing “Desafinado,” “Chega de Saudade,” and “Old Devil Moon” at a Paris fashion show in 1969.  This resplendent, short-lived Getz Quartet includes pianist Stanley Cowell, bassist Miroslav Vitous, and drummer Jack DeJohnette, who sports one of the baddest pompadour Afros I’ve ever seen.  It’s anyone’s guess as to what makes Getz crack up during the opening chorus of “Desafinado,” but the delight he takes in working with these beauties suddenly quickens my appreciation of Stan’s sublime tenor playing as a sustained mating call.

I don’t have any film of Getz in Worcester, but as I write this I recall that a cosmo faction of Worcesterites began calling what’s long been known as the Heart of the Commonwealth the “Paris of the Eighties” about 30 years ago, and if memory serves it was The Little Apple, a local literary mag with big city aspirations, that coined the phrase.  Notwithstanding its world-class art museum and the several major colleges based there, the Worcester that I was raised in back in the 50’s and ’60’s  was a little less sophisticated than the City of Light, not to mention the Athens of America down the Mass Pike, but every now and then the city attracted the kinds of musicians and artists and poets that sparked a feeling of renaissance.

One such promising moment was Getz’s week-long appearance at Sir Morgan’s Cove in November 1973, one night of which I’ve long savored as the first time I saw the great tenor man, and also remember as the highest cover charge I’d then paid for admission anywhere.  Last year, while thumbing through the bins at Stereo Jack’s in Cambridge, I found a Gambit Records release from the engagement, and since then I’ve learned that it’s the only surviving document we have of another short-lived Getz Quartet, this one featuring Albert Dailey, Dave Holland, and Billy Hart.  The two-disc set also boasts Getz’s only known recordings of Thelonious Monk’s “Pannonica” and Holland’s “The Oracle.”  And it contains an interview with Getz, who must have summoned all his powers of patience to deal with the inane questions posed to him by three interlocutors, but hearing Stan the Man describe the simple logic and beauty of Lester Young’s playing makes it a worthwhile listen. 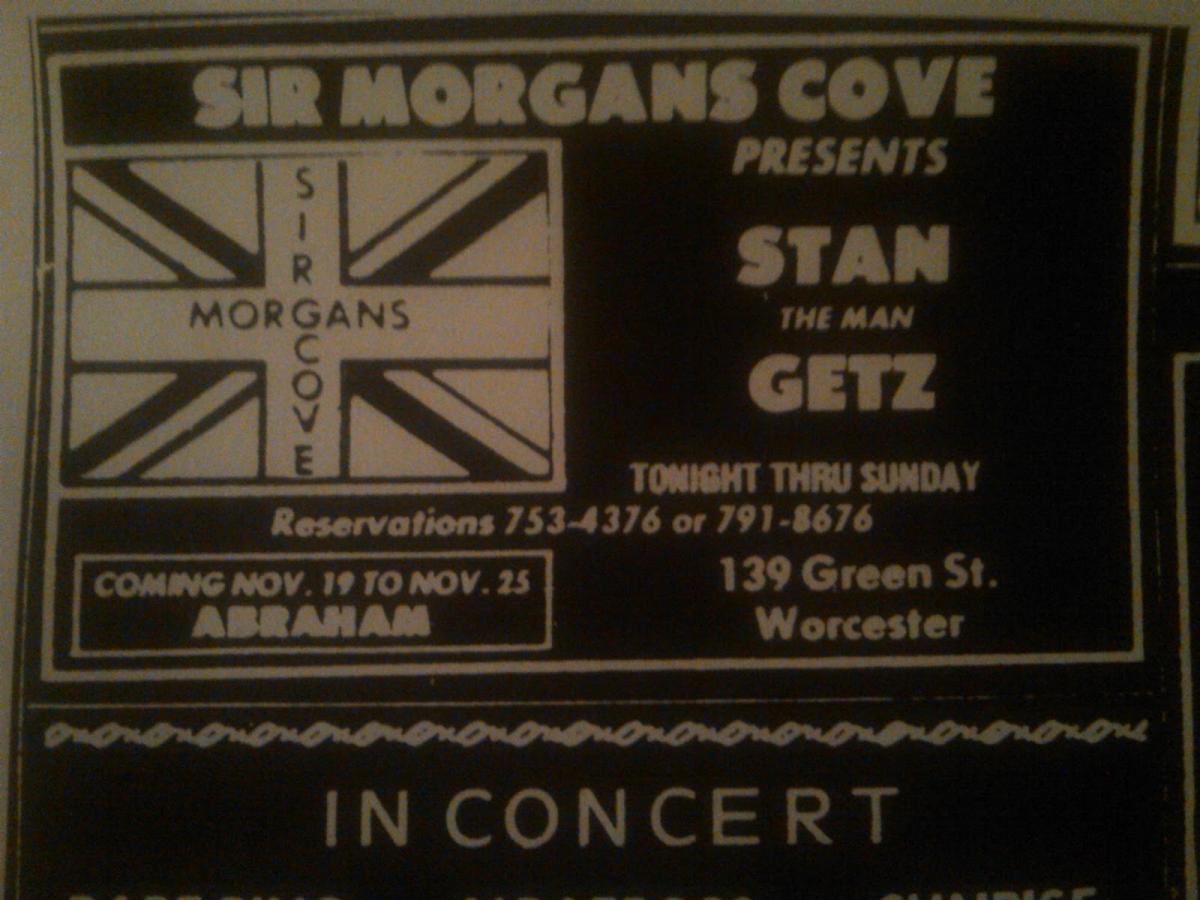