Listen to Tom Reney’s interview with Steve Kuhn where the pianist discusses his recording Promises Kept, and his long career with Serge Chaloff, John Coltrane, Kenny Dorham, Stan Getz, Sheila Jordan and others.

Tom spoke with the renowned clarinetist and saxophonist when Wilber was visiting the area on September 14, 2010. Wilber was born in Scarsdale, NY in 1928, and began taking clarinet lessons with the legendary Sidney Bechet in his mid-teens. He went on to record with Bechet in 1947, and subsequently performed with Benny Goodman and Billy Strayhorn before co-founding Soprano Summit. In recent years, he has led the Bechet Legacy Band and conducted performances at Jazz at Lincoln Center. He is the author of a memoir, Music Was Not Enough.

Paul Winter, who’s been synonymous with New Age/World music for over 40 years, began his career as a hard-swinging alto saxophonist in the mold of Cannonball Adderley and Phil Woods.  In 1961, his Chicago-based sextet took First Place honors at the Intercollegiate Jazz Festival in Washington, D.C., and in short order he was signed to Columbia Records by John Hammond; played a 23-country State Department tour of Latin America; and accepted an invitation from First LadyJacqueline Kennedy to play at the White House in what proved to be the first ever performance by a jazz ensemble at1600 Pennsylvania Avenue.

Winter is celebrating the 50th anniversary of the Sextet with concerts on June 6 and 7 at the Mahaiwe Theater in Great Barrington.  Original members pianist Warren Bernhardt, bassist Cecil McBee, and drummer Harold Jones will be joined by trumpeter Marvin Stamm and baritone saxophonist Howard Johnson.

Tom Reney spoke with Paul Winter on May 31.  The night before, he’d played a set of the Winter Sextet’s early ‘60’s recordings in Jazz a la Mode, and Winter began his conversation with Tom expressing delight over hearing his music on the radio. 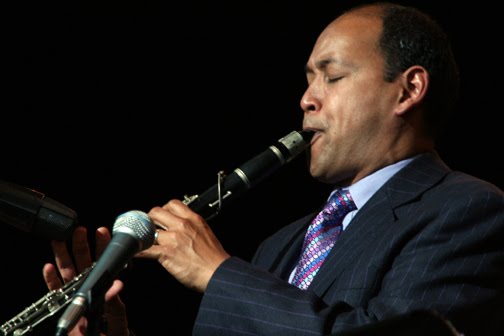 Tom Reney spoke with the renowned clarinetist Evan Christopher on July 24.  Christopher will share the stage with Anat Cohen and Ken Peplowski in the group known as 3 Clarinets at the Newport Jazz Festival on Saturday, August 11.  http://newportjazzfest.net/

Evan Christopher on the Clarinet Road

Tom Reney spoke with the playwright Terry Teachout and the actor John Douglas Thompson on August 30 about Teachout’s play, “Satchmo at the Waldorf.” The one-act drama is in production at Shakespeare & Company in Lenox through September 16, then moves on to the Long Wharf Theater in New Haven between October 3 and November 4.  Gordon Edelstein is directing the play, which features Thompson in the roles of Louis Armstrong, Miles Davis, and Joe Glaser, who was Armstrong’s manager for 30 years.

Tom’s interview with Teachout, the author of the critically-acclaimed biography, Pops: A Life of Louis Armstrong, begins with a discussion about how the play came to be written.

Read Tom’s blog post on the play.
Satchmo at the Waldorf