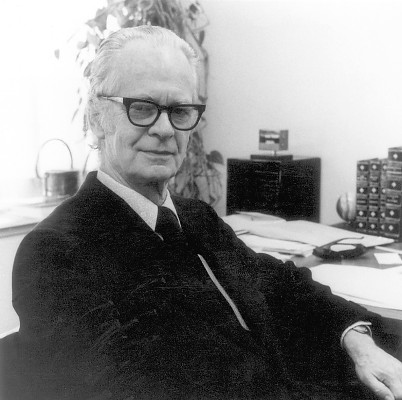 Today Skinner is considered one of the most influential behavioral scientists. He developed the foundations of the discipline of radical behaviorism, working with both negative and positive reinforcements. Punishment, he found, weakens behavior, whereas reinforcement strengthens behavior.

Skinner was born on March 20, 1904, in the small town of Susquehanna, Pennsylvania. He graduated from Hamilton College in 1926 with a B.A. in English. When he was 24 he went to graduate school at Harvard University, eventually studying psychology. In 1936 he married Yvonne Blue and had two children after moving to Minnesota, where Skinner first started teaching.

Nine years later the family moved to Bloomington, Indiana, where Skinner served as chair of the psychology department at Indiana University. After just two years, Skinner relocated to Cambridge, Massachusetts, and began teaching at Harvard in 1948. Skinner died on August 18, 1990.

[gtalert title=”Note” title_color=”#699bb1″ close_button=”no” border_style=”none” border_radius=”4″]AudioFiles is a production of New England Public Radio. The interviews, anecdotes, and oral histories recorded for AudioFiles are designed to build a public audio library of the western New England experience, and are not intended as news content, or endorsements by NEPR’s staff or Board. For more information, contact AudioFiles producer, J Kyle Sullivan.[/gtalert]