Our third and final preview for Live Art Magazine’s third issue, coming up this weekend at the Academy of Music on October 23rd.

The Sun Parade‘s sound has left them riding a wave of well deserved attention lately. Started in 2011 as a trio of musicians led by Christopher Marlon Jennings, the band’s “grunge-soaked power pop” has built them a devoted following in the area.

Their latest release, “Heart’s Out”, they describe as, “a catalog of love collisions, casual sandwich obsession, load-bearing grooves, and Northern psychedelic guitar licks”. One can hear the likes of The Beatles, Elliot Smith and Dr. Dog – a favorite of theirs they had the chance to open for earlier this month at MASS MoCA.

In the past you might have seen them performing with other local favorites like And the Kids and Lake Street Dive. This fall, they’ll be resident musicians at Lizard Lounge in Cambridge and Radio Bean in Burlington, VT.

With Karl Helander on percussion, Jared Gardner on bass, and Jeff Lewis and Jennings on guitar and vocals, The Sun Parade‘s sound is infectious. 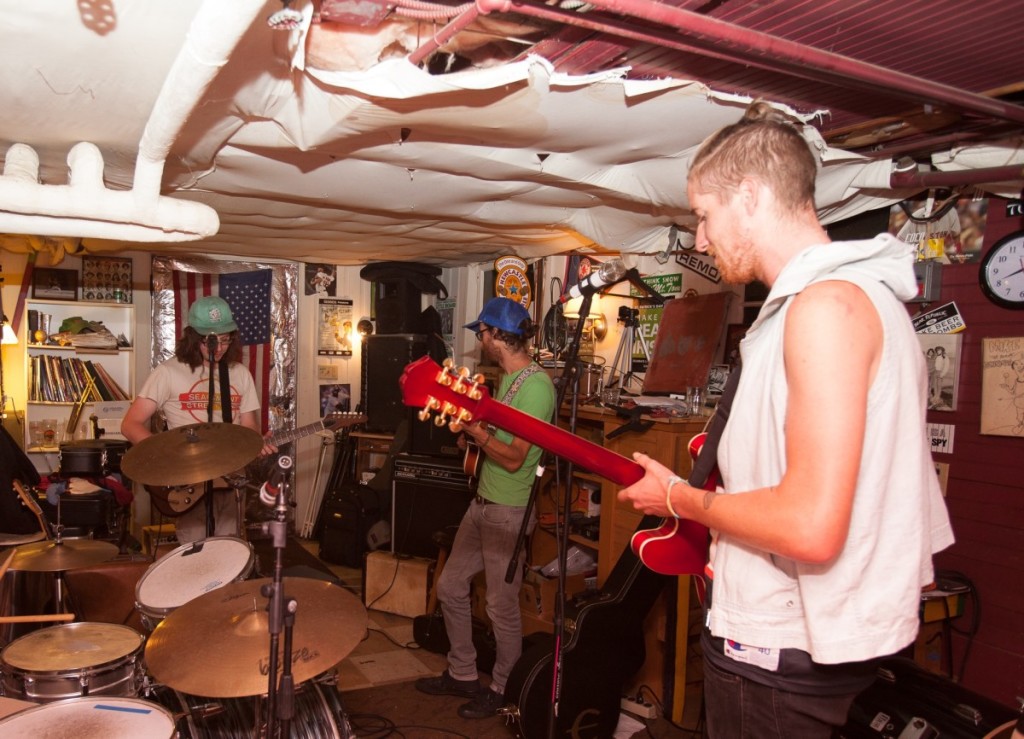 The Sun Parade will be releasing a new song just for the Academy audience at Live Art Magazine on October 23rd.

More from their latest album, “Heart’s Out”

[gtalert title=”Note” title_color=”#699bb1″ close_button=”no” border_style=”none” border_radius=”4″]AudioFiles is a production of New England Public Radio. The interviews, anecdotes, and oral histories recorded for AudioFiles are designed to build a public audio library of the western New England experience, and are not intended as news content, or endorsements by NEPR’s staff or Board. For more information, contact AudioFiles producer, J Kyle Sullivan.[/gtalert]